Form and substance come together and the use of bronze, in its most primitive way, stressed the subject of Mazel & Jalix, staging the simplest aspects of life.
On boxes, pedestals, plates, the fruits stand but never freeze, so many vanities placed in the garden of Hesperides where fruit at the center waits to be selected and tasted, not as an object of conflict but of pleasure, then the bronze becomes a living object of desire. However, the careful observer will see that, here and there, withering already appear and the fruit, too ripe, stains and bends under its own weight. Decomposition is already there, leaving its stamp on Mazel & Jalix’s work. Create brings the work to its end, its decay, but subsequently the fruit returns to the earth in an eternal renewal.

Such as 18th century’s Naturalists, Mazel & Jalix build a ‘natural’ collection between the research and idealization. Sculptures’ titles reduce works to studies. It is to gather and name a chosen specimens set, emblems of a changing nature

Antoine Graff’s destiny was not “folded” from the start. Of course, born a painter’s son and grandson of a blacksmith, it was inevitable that the arts would have an effect on him. Not to mention he has a surname which sounds like a pseudonym! Yet his career panned out a bit differently, between colouring, adventuring, and paper folding.

Antoine Graff started to paint at the age of 8. At 14, the age when adolescents typically begin their teenage crises, he received his first commission! In 1954, he left his native Alsace and started studying fine arts in Paris, but primarily cut classes. His instinct encouraged him to visit the studios of artists Zadkine and Lhote. Zadkine, a sculptor, liked the feet of Graff’s statues. The painter Lhote considered him to be an excellent illustrator, once he abandoned Delacroix! Graff was trained by these two masters, and good ones at that! Surely an umpteenth tomfoolery.

His real adolescent crisis came at the age of 26, as he thought he was no longer “skilled.” It was a period of emptiness, when the homo habilis engaged in a fiery war against himself. Yet the biggest paradox is that this time allowed him to produce his work, supported by these his two gallery owners art dealers. However, nothing came of it.

He created a prestigious business of window displays for pharmacies that would make any seasoned businessman envious. The patent that he filed brought him 11 thousand pharmacy clients on a plate! But the homo habilis was not content with window displays. Instead, Graff took up print advertising. His expertise soon attracted artists. Télémaque, Arman, César, and Villeglé all lined up in his new back room to have their original prints produced. His business gradually evolved from printing to art publishing. He acknowledged it not nostalgically, but with an assertively humorous sense of perspective. His wealth grew, he travelled, and money was easy. Then came the ultimate stroke of genius: he was given the luxury of creating the gallery La Main Blue in Strasbourg, where he held exhibitions for Alechinsky, Bram van Velde and even Télémaque. For five years, he had his ideal project; tinkering in art.

More Aix-en-Provence than Biarrote, Léa Poncharal grew up with coloured pencils and
brushes thanks to his grandfather who transmits his passion.

She first asserts herself with great portraits of famous figures: Lenny Kravitz, Tiger Woods, Al Pacino,
or Dali, which she declines to the plural and treats with great strokes of brushes in
capturing the power of expression.

Sometimes she stages like the boxer Mohamed
Ali ready to fight or Daniel Craig, aka James Bond, in the middle of
women, cars and bankboards, taking care of both the bottom and the
form.

The sculpture gradually took its place in the universe of Lea, helped by technology,
She seems to have found her way.

Especially with his works made with
silk scarves, which she sublimates in different forms, like butterflies, hearts
or even on car steering wheels… A new technique.

His dream? Continue to develop this technique and dedicate his whole life to the
creation. 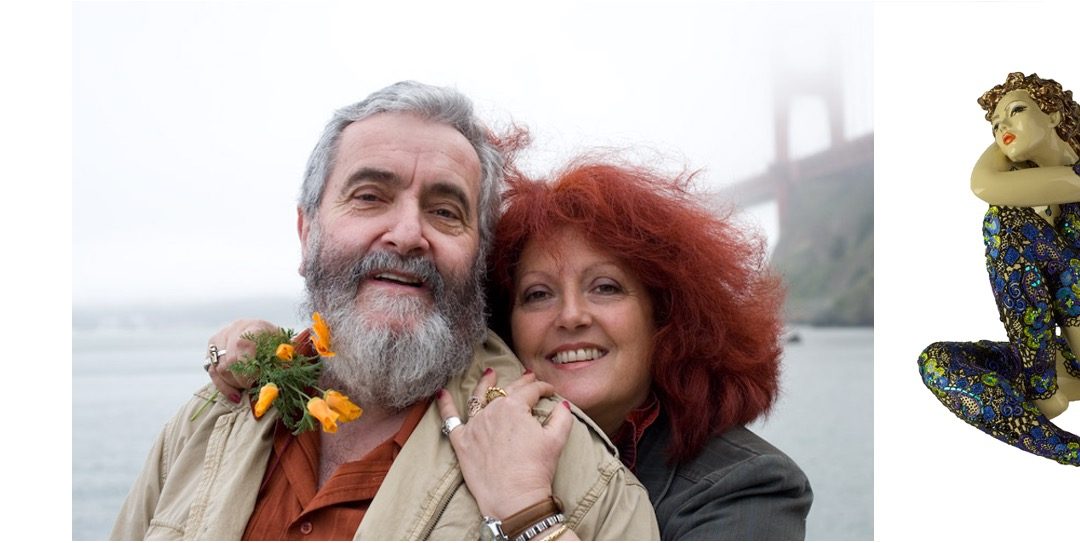 Josepha was born in 1950 in the South West of France. From her mother’s Italian origin, she inherited her first name and probably her creativity.

She was first a fashion designer and her collections of leathers and hats earned her an international success that many others would have been satisfied with.

But Josepha is burning with desire to confront other subjects. His meeting with the man who today shares his life, sculptor himself and professor of plastic arts, will be decisive.

In 1992, she decided to devote herself body and soul to sculpture. His lively and poetic style is immediately asserted through earth, stone and bronze.

Then with polyester, it takes on a dreamlike dimension, characterized by feminine forms reduced to the essentials, highlighted by a luxuriance of colorful effects.

There is in his work the mystery and magic of creation. His world is between dream and reality, where imagination has no limit and where all fantasies and freedoms are allowed, provided that refinement, elegance and poetry remain.

Josepha represents the woman in all her splendor, highlighting her femininity, her sensuality, her tenderness, her exuberant or wise nature.

His characters live, move, breathe, and have nothing of the classic academic nude. If we had to choose a godfather for him, it would inevitably be Degas. There is in his sculptures all the grace, all the lightness, the finesse and the life of his dancers.

All her work is a celebration of the modern woman, mother and seductress, ingenious and attractive, exuberant or wise.

None of them is frozen in a “posed” attitude, all are there, seized on the spot and ready to move. They walk with a light and dancing step, remain a dreaming moment, offering their faces to the sun’s rays.

Unlike frozen marbles, the artist likes to represent them in all the poses of life, sometimes accompanied by a small child.

There are never models, just an idea that guides the work to its completion, bringing its share of surprises.

END_OF_DOCUMENT_TOKEN_TO_BE_REPLACED

New collaboration with the artist : KIKO

THE HAPPINESS OF FALLING BACK TO CHILDHOOD ......

END_OF_DOCUMENT_TOKEN_TO_BE_REPLACED

We inform our kind clientele that Galerie Saint...

END_OF_DOCUMENT_TOKEN_TO_BE_REPLACED

NOTE: These settings will only apply to the browser and device you are currently using.